The new innovative and sustainable construction sector shows off at Construmat

The 21st edition of Barcelona Building Construmat, the International Construction trade fair in Barcelona, took place last week showing a new sector marked by sustainability and innovation. The exposition experienced its greatest growth in recent years, with 34% more exhibiting companies than in 2017, reaching 422 exhibitors and 1,000 represented brands, and surpassing the 54,000 attendees.

Among other initiatives, BBConstrumat presented Sustainable Solutions, an area where two houses were built under the energy efficiency parameters of the PassivHaus concept. In addition, BIM technology took centre stage through The BIM Spot, which was attended by 26 companies dedicated to this methodology.

On the other hand, the European Commission (EC), in collaboration with Fundación Laboral de la Construcción, selected Construmat to hold, on Thursday 16 May, the international Build Up workshop “Digital competences in the European construction and energy transformation sector”, which was attended by more than 80 professionals and in which the role of digital technologies in the transition towards a sustainable construction sector was highlighted.

The director general of Fundación Laboral, Enrique Corral, opened the conference organised by the Executive Agency for Small & Medium-sized Enterprises (Easme) of the EC, together with the head of the Department “Life and H2020 Energy, Environment, Resources” of the Easme, Patrik Kolar.

During his speech, Corral defended that the new construction goes through three key pillars: digitalization, circular economy and energy efficiency. Pillars on which Fundación Laboral works intensively through its European initiatives: Construye 2020+ , within the framework of the Horizon 2020 programme; its projects for the strategic European approach to professional skills in the construction sector Construction Blueprint and Health and Safety Blueprint -main bets promoted by the EC for the transformation of the European construction industry-; or Bus. Trainers and Women Can Build, an initiative that seeks the empowerment of women within the sector. In addition to other projects in which it participates, such as Net-Ubiep.

Towards an equal construction industry

One of the meetings that generated great expectation was the round table of the Women Can Build project entitled “Towards a construction industry in equality”, in the Talks Arena of the show, in the afternoon of the same Thursday 16. More than 70 professionals attended the debate on gender equality where challenges and barriers faced by professionals in the construction sector were discussed.

Beatriz Oliete, responsible for the European initiative Women Can Build and technician of International Projects of the Foundation, was in charge of starting the colloquium, which highlighted the positive trend that the construction sector is experiencing on its way to gender equality. Along with her, Aurora Huerga, general secretary of CCOO de Construcción y Servicios Catalunya; Juani Arenas, secretary of Construction Sector and Related UGT FICA Catalunya; and Eulalia Tort, general secretary of the Association of Building Developers of Catalonia (APCE) and manager of the Tort Group, related their experiences as women and industry professionals, defending different positions on gender issues. The contributions described the current situation of the sector, marked by a low presence of 9% of women in the work.

Ione Ruete, director of Barcelona Building Construmat , was in charge of the colloquium. She highlighted the usefulness of this European project: “To tackle the problem from the base -which is education-, and to incorporate a series of actions at all levels involved: from teachers, to vocational training centres, girls, companies and employers’ organisations”. The presentation of the project was attended by members of the Territorial Council of the Fundación Laboral in Catalonia and its manager, Lucía López Alé.

New technologies and handmade techniques at the Foundation’s stand

During the four days of Construmat, Fundación Laboral de la Construcción organised a complete programme of activities with talks, workshops and practical demonstrations, combining the new technologies used in the training of its courses with the traditional techniques of the sector’s trades.
Among the activities that generated more expectation were the practical demonstrations of work at height and vertical, carried out by trainers from the joint entity, and the workshops of decorative techniques in plaster painting and masonry, using the technique of “trencadís”. This decorative practice of mosaic from ceramic fragments joined with mortar goes back to the master Gaudí, who at the beginning of the 20th century, upon seeing remains of earthenware piled up in a work, decided to recycle them.

Visitors were particularly interested in the lift truck simulators and confined spaces simulators installed on the stand where they could virtually practice the use of this machinery and learn the techniques of working and rescuing in confined spaces. These simulators are used in the courses given by Fundación Laboral.

More than 700 people passed through the stand of the joint entity during the exhibition. Among the visitors there were students from the Economic Promotion program of the Ajuntament de l’Hospitalet, the Plan de Ocupación Treball i Formació 2018 of Barcelona Activa, the Economic Promotion program of Martorell, Casa d’Oficis la Guaita of Castelldefels and the Centre d’Iniciatives per a la Reinserció (CIRE), among others. 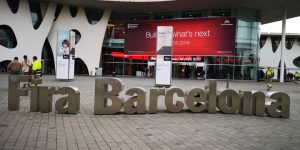 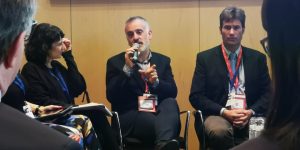 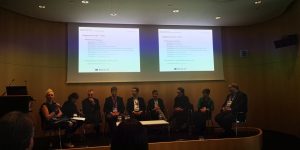 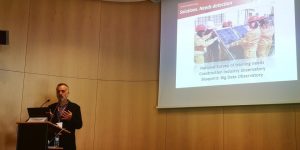 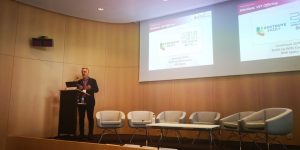 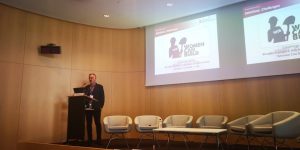 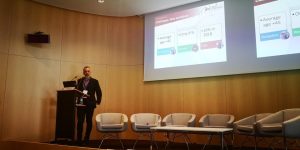 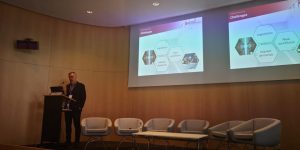 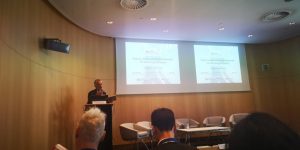 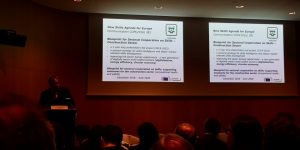 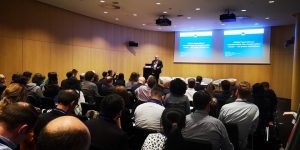 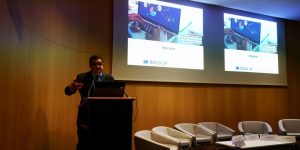 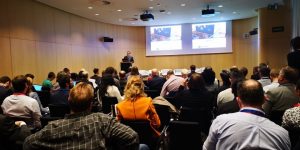 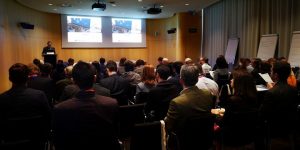