Construction Blueprint participates in EuroPace’s Madrid 2021 Summit on ‘Innovation, the key to the Renovation Wave in Spain’

The event held on July 13th was an opportunity for the exchange of ideas and experiences between the public and private sectors, with the aim of promoting eco-sustainable housing renovation projects.

Around 200 people gathered at the Madrid 2021 Summit: Innovation, the key to the Renovation Wave in Spain, organised by GNE Finance, GBCe, Fundación Repsol, within the EuroPace project, to hear first-hand about the current challenges facing the sector at national level and European environmental requirements. Speakers included representatives from the public administration, financing experts, construction professionals and those responsible for renovation programmes, who provided the keys to promoting large-scale eco-sustainable renovation projects.

The meeting, held in hybrid format (face-to-face speakers and online attendees) on July 13th, featured presentations by Fundación Laboral de la Construcción and Confederación Nacional de la Construcción (CNC), which participated in the round table on «Empowerment and training of the construction sector», together with representatives from BIM Academy-Offsite Construction Hub-Rebuild, Consejo Superior de Arquitectos de España and Fundación Metrópoli, who were moderated by Emilio Miguel Mitre, Green Building Council España (GBCe) representative and Foro Aúna coordinator. The speakers addressed the current situation of the sector and the gaps that prevent the achievement of the climate targets for 2030 and 2050.

The Wave of Renewal objetives in Spain

During the debate, special emphasis was placed on the digitalisation of construction, not as an alternative, but as the reality that is being imposed internationally. Ignasi Pérez, BIM Academy – Offsite Construction and Hub-Rebuild representative, defended the importance of “moving from construction 1.0 to construction 4.0” as part of the boost that the sector needs to achieve the industrialisation of building processes. Among the keys provided to achieve this goal, he highlighted: the need to implement BIM; the study of Lean methodology as a ‘gateway’ to the possibility of working without generating waste; the use of wood as a material that reduces polluting emissions, since it contains more CO2 than it emits; and the encouragement of contacts between schools, construction training centres or universities of Architecture, Engineering, Economics and Law, to train future professionals in the sector in this new digital reality of construction, which connects processes and increases productivity.

Supporting this position, Juan Antonio Ortiz, the Spanish Higher Council of Architects representative, recalled the importance of “urban planning” for constructing cities and buildings: “Currently, the treatment of the orientation of buildings has been taken into account and is considered fundamental, so that these accompany a reduction in greenhouse gases”. The speaker also defended the idea of the “building passport” or “building book”, as a logbook in which the line of action and the treatment or maintenance of each building is established. With this document or tool, which is advocated to be online, the speaker brought up “the figure of the architect of the house or head architect, who will be the one who knows the problems of the building and, therefore, who draws up the building book, which becomes a roadmap or control plan for the building”.

Silvia Santos, International Projects Senior Technician at Fundación Laboral de la Construcción, highlighted the work that this department carries out “in the promotion of training action or Vocational Training in the construction sector” within the European guidelines and strategies for sustainable competitiveness in the sector. In addition, she defended: “Training is key for all those people who do not know the construction sector to approach and discover a different sector to the one we traditionally knew. It is important to provide training that is in line with the recommendations and directives of the European Commission”. She gave the example of the Construction Blueprint project, which involves 24 partners from 12 countries led by Fundación Laboral, which advocates quality training based on three fundamental pillars: energy efficiency, digitalisation and circular economy.

Continuing with this concern to attract young people to the sector and improve the current workforce, Begoña Leyva, Sustainability and Communication Director at National Construction Confederation (CNC), supported the work that the organisation is carrying out in this area, hand in hand with Fundación Laboral, and defended the joint measures that are being carried out to undertake the Recovery, Transformation and Resilience Plan, published on April 27th, 2021. This document establishes the new Strategic Plan to boost Vocational Training, which specifically advocates “the reinforcement of human capital, which is fundamental for the investment and reform plan to have the desired impact, both in the generation of activity in the short term, and in the structural reinforcement of the economy and new job opportunities in the medium and long term”.

Promoting sustainable or ‘green’ training in the sector has become one of the flagships for the European Union. An example of this is the Build Up Skills initiatives launched by the Commission in different member states. In Spain, they have been led by Fundación Laboral de la Construcción since 2011. Currently, as Silvia Santos presented, they are working on the third phase, called Construye 2020+, which promotes the training of professionals in green jobs: “We have designed courses in Energy Efficiency aimed at operators and middle managers, which have been very well received, and it is possible that in September these calls will be repeated”.

Alfonso Vegara, Fundación Metrópoli representative, closed the round table by recalling the impetus that must be given to “rehabilitating, renovating and regenerating cities”, for which they are currently working on the “Madrid a city for LIFE project, which proposes transforming the M-30 into an urban boulevard”, thanks to the good connections that the heart of Madrid has, which would serve to “attract talent and make the capital a benchmark at European and world level”. 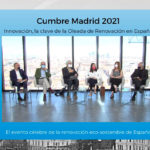 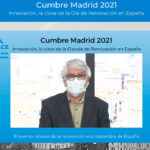 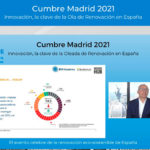 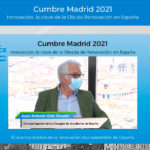 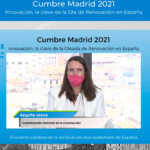 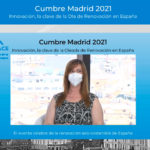 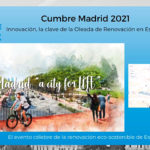