The Construction Blueprint for the Sector Skills Alliance project enters its final year of implementation with the launch of the new Sector Skills Observatory, the new training plans and many more results.

On 23 and 24 May, the 24 partners of the Construction Blueprint project (co-financed by the Erasmus+ programme of the European Commission), coordinated by the Fundación Laboral de la Construcción, met in Paris at the headquarters of the French Construction Federation (project partner) to discuss the next results of the project that will be published in 2022, among which are: the Observatory for Sector Skills in Europe and the new VET training curricula in Energy Efficiency, Digitalisation and Circular Economy.

In addition, the consortium is working on the launch of a European campaign to attract young talent and more women to the sector. This action, which will be developed simultaneously in the 12 countries that are part of the project (Spain, Germany, Belgium, Slovenia, Finland, France, Greece, Ireland, Italy, Lithuania, Poland and Portugal), aims to renew and revitalise the image of construction, improving its attractiveness and raising awareness of the possibilities offered by the sector on a European scale.

During the two-day meeting, which was attended by representatives of the European Commission, a workshop was held to address the long-term sustainability of the project. This activity was led by the three EU sectoral organisations involved in the initiative: European Construction Industry Federation (FIEC), European Federation of Building and Woodworkers (EFBWW) y European Builders Confederation (EBC).

Observatory for Sector Skills in Europe

Construction Blueprint is working on the development of a web-based tool to anticipate skills needs, at European and national level, using a methodology that combines information from primary (survey) and secondary sources.

Currently, the project has launched the second edition of its surveys for construction companies, in order to find out which transversal competences are most in demand for work on site.

The Observatory for Sectoral Skills Europe will help to define the training offer in the sector and will draw on good practices learned from other observatories at European level: the European Construction Sector Observatory (ECSO), the EU Building Stock Observatory, the EU Energy Poverty Observatory (EPOV) and the Construction Industry Observatory of Fundación Laboral de la Construcción.

The Construction Blueprint partners are working on the launch of three training curricula to update the VET offer for students and workers in the construction sector in three different areas: Energy Efficiency, Circular Economy and Digitalisation.

These training plans will be validated through three courses with students, which will take place between June and November, in the 12 countries of the consortium. 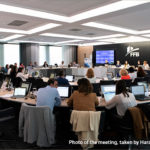 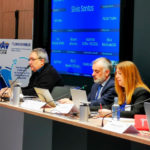 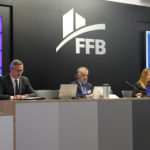 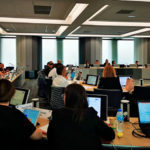 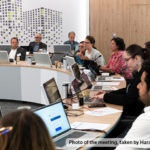 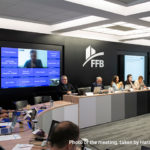